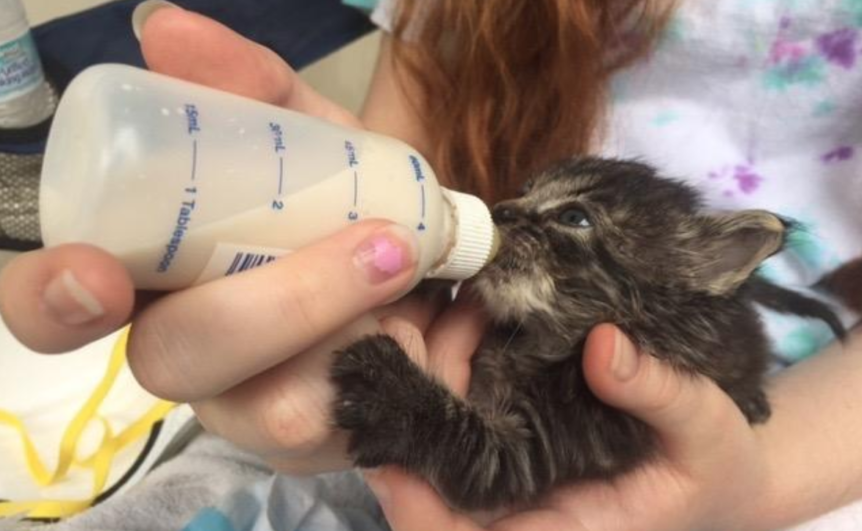 In addition to providing care and support to animals, Safe Animal Shelter is committed to reducing the number of animals who are euthanized, and have identified themselves as a No-Kill shelter!

Hurricane Irma swept through Florida, destroying homes and businesses in September of this year. Safe Animal Shelter was one facility that experienced heavy damage, causing it to have to temporarily close its doors to make the necessary repairs. We learned about their story through the #RescueMyShelter Facebook campaign and knew that our Rescue® Disinfectants could help them as they rebuild and reopen their doors to the public.

“This wonderful shelter is recovering from disaster. When hurricane Irma hit North Florida, Safe took a big hit. This would go a long way to help the cause!”- Facebook Entry 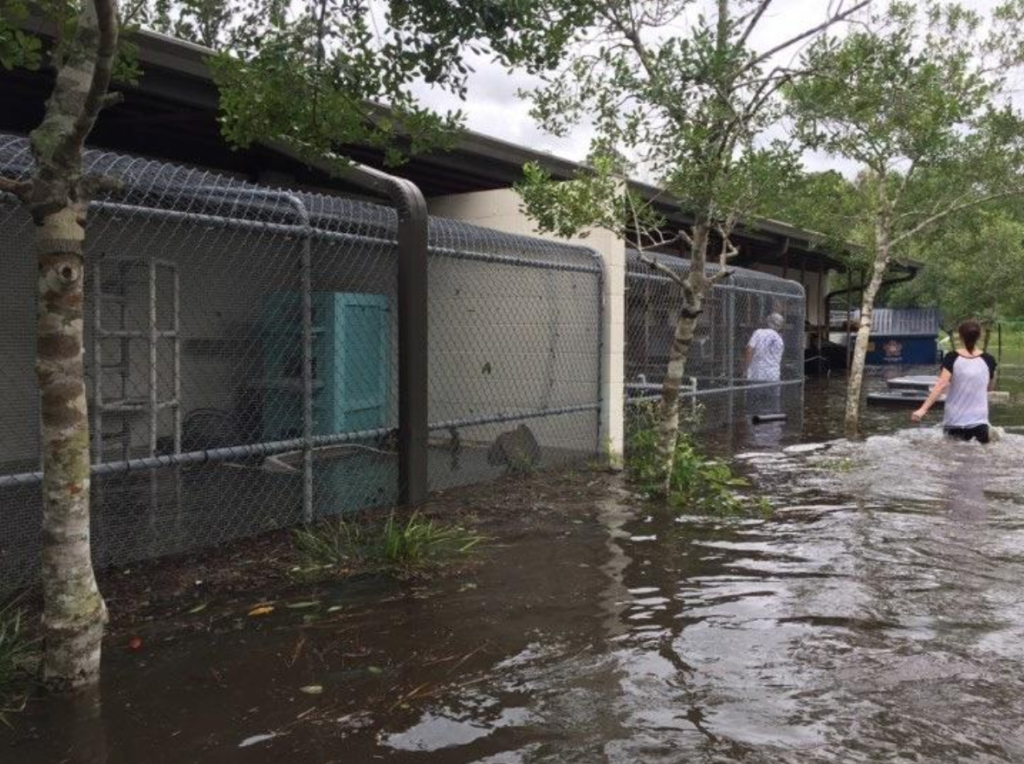 We were overwhelmed with the countless nominations for this shelter from adoptees, volunteers, staff members and animal lovers!

“Safe Animal Shelter, a no-kill animal shelter in Orange Park, Florida, was destroyed by Hurricane Irma on Sept. 11 of this year. Epic storm surges flooded the shelter, ruining everything inside and left them homeless. Since then, the community has rallied to help this gem of a shelter. It’s been amazing to witness. They will reopen soon – hopefully better than ever. Your supplies are needed now more than any other time. This could not come at a better time.” –Facebook Entry

“On September 11, Safe Animal Shelter was completely devastated by flooding from Hurricane Irma. We are working hard to be able to re-open and begin saving lives again by mid-November. After flood water damage, we had to remove wallboard and throw out just about everything. So when we re-open everything will be clean and fresh. Animal friendly disinfectants are needed now more than ever to help us get started again on keeping the environment safe for the homeless pets we care for.”-Facebook Entry 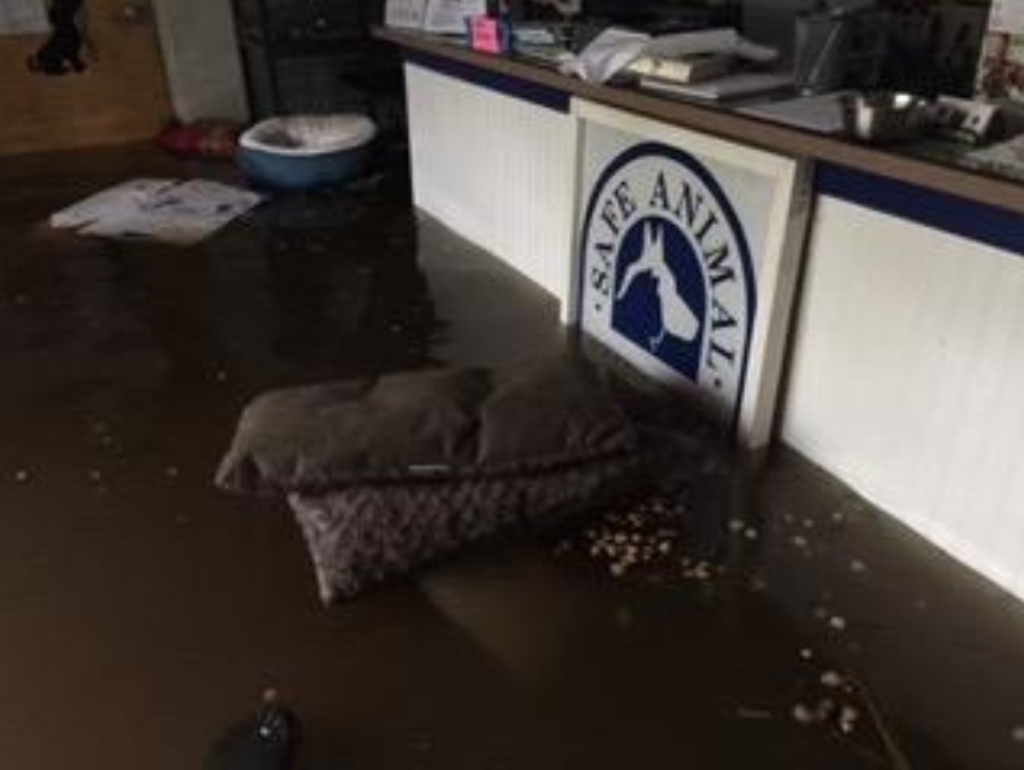 Nominations, stories, testimonies, and images sent in by the public helped Safe Animal Shelter to receive a #RescueMyShelter kit, consisting of:

“Safe Animal Shelter is Clay County’s oldest no-kill shelter, created for the purpose of preserving and providing quality of life for lost, abandoned, abused and unwanted pets. The first facility opened in Orange Park in the summer of 1991 and continued to operate at that location until moving to a new facility in Middleburg, December 6, 2003. Since its inception, Safe Animal Shelter has provided loving care to over 11,000 cats and dogs until adopted into forever homes. The shelter was nearly completely destroyed as a result of Hurricane Irma. Even though the staff at the facility lost their own homes and valuables, their first priority was the safety of the animals. They braved waist deep waters to save the animals. As a reminder, this is Florida, in the water are snakes, alligators, red ants, etc. The facility relies completely upon donations and so much deserve and would use Rescue® Disinfectants.” – Facebook Entry

We were able to reach the team at Safe Animal Shelter, and they are loving their free Rescue® Disinfectants! 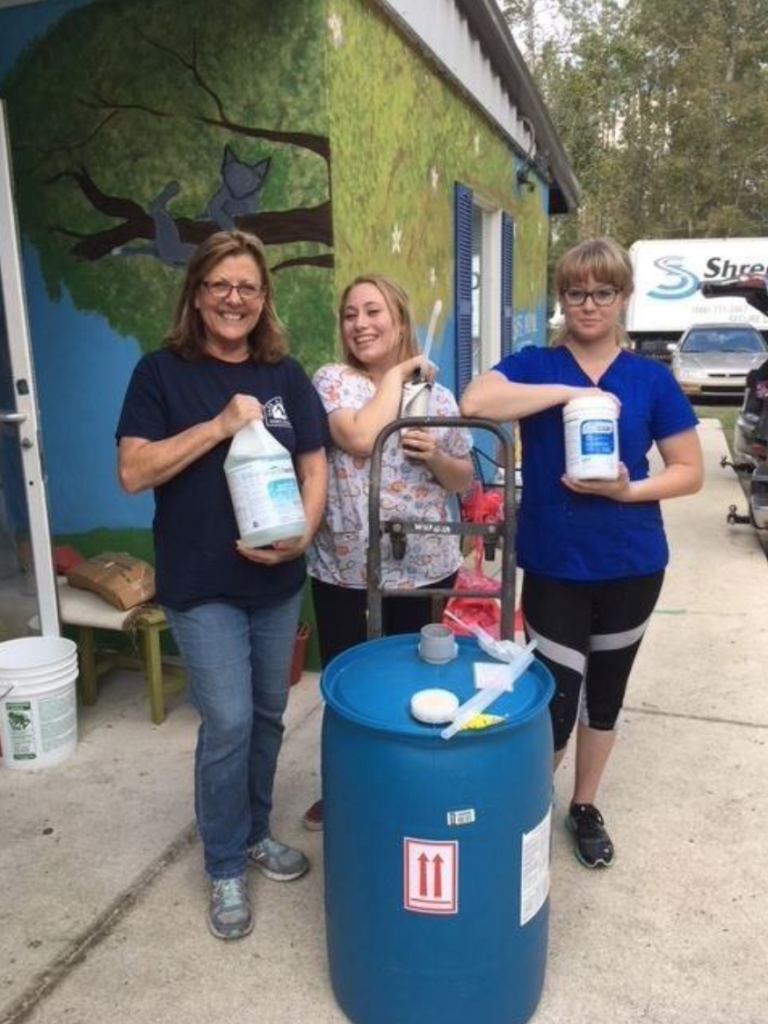 “We were so excited to win this! We have been using Rescue for a couple years now mainly in our cats rooms and cages but also in the quarantine dog kennels.We have found it works better than anything else we have used to keep us germ free and healthy. This year was horrendous with outbreaks of ringworm and upper respiratory illnesses in our kitten room. I think it would have been much worse had we not been using Rescue to clean the cages and rooms. Thank you to everyone who nominated us to win! The community has been so supportive during our rebuilding of our shelter and this is just another example of their love! Hurricane Irma delivered a nasty flood and the clean up was disgusting to say the least but we are so glad we have RESCUE Disinfectant to help us reopen the shelter! Thank you again!”

We are thrilled that we can provide Rescue® Disinfectants to Safe Animal Shelter, and wish them all the best as they make the necessary repairs and reopen their doors to serve their community!

If you know of a shelter that could benefit from Rescue® Disinfectants, nominate them today!